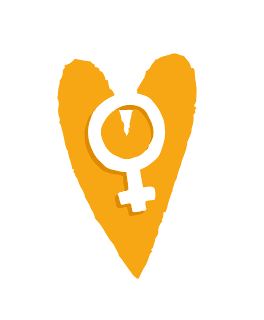 There is no experience that can be equated to standing in a crowd, screaming at the top of your lungs and collectively marching for a cause. United in anger at the injustice you are facing. Calling for a change.

Womxn have faced oppression from men for hundreds of years. We have been shut down and silenced for so long. But we have had enough. Womxn all over South Africa have taken a stand against Gender-Based Violence (GBV). Womxn have organized protests and shutdowns. Womxn are fighting against the system of oppression. Womxn are revolutionary.

We have a voice.
And we are going to use it.

I am a 17-year-old female. The world is a scary place for women and marginalized groups and South Africa’s GBV rate is four times more than the global rate. We, as the youth of South Africa, have decided that we are not going to sit down and watch our sisters get killed. We decided to take a stand.

The morning after Uyinene’s body was discovered my history class had a discussion. We all voiced our anger at the way womxn have been treated and the extreme sorrow we felt over the loss of life. We could all feel the much heavier weight behind this case. Because we have lost so many womxn because of men. And we are tired.

“So, girls, we know this has been happening for too long,” my history teacher said, “but the question is: are we going to sit back and watch this happen? Or are we going to protest?” 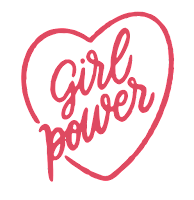 Word of the protest got around fast. The next day almost the whole school was on our school’s entrance at break for the protest. We sat with tape over our mouths and listened to girls poetry and speeches and heard their heartbreak. The choir sang. And we all sang along.

The protest lasted for three days. For three days girls held each other and cried. Strangers held strangers. Girls shared their stories and anger at the injustice we have faced. It was like a mass funeral and we grieved for every single womxn that we’ve lost. We supported each other. We were unified. And we were so powerful. I have never felt anything like that amount of power and unity in my life.

And young womxn all over the country did this. They used their voices and shared their anger. And we listened. We took a stand. We led a revolution. It is so important to speak up against injustice, especially in youth spaces. We were born into a world of chaos and we are the ones that are changing it. Listening to the youth take a stand against GBV and being part of the movement is so empowering.

As a young person, it is so frustrating to watch as “people in charge” do nothing to solve the problem. It is so frustrating to see them ignore the issues that are in plain sight. The youth are frustrated and tired and we have decided that if the adults won’t spark a change, we will take matters into our own hands.

It is important to have these discussions amongst the youth because we are fighting for our future and our world. We have to talk to each other and support each other and unite to spark a change. I have felt the power the youth hold as I marched with them and called for a change in one big mass of unity.

I have felt the strength we have as a collective.
And it felt good. 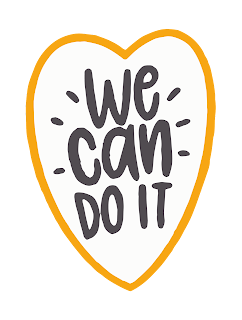 Popular posts from this blog

July 22, 2019
By Janet Gilman We mostly hear myths about menstruation as South Africans. And often, these myths lead to young women to feeling embarrassed and outcasted for experiencing something that happens to them every month. My experiences about menstruation were that I can't cook for my dad or any male when I am on my periods cause bad luck would follow up. I can't allow any woman on her periods to touch my hair or else my hair will fall off and last but not least I can't be around men when on my periods cause it'll make my blood flow heavier and I might lose a lot of blood. Afrika Tikkun's students busy writing down their thoughts in QRATE's Menstruation workshop. How many more myths and untrue stories should we hear, listen and digest about being a woman on her menstrual cycle?! It's time we normalized menstruation and found pride with walking out of a classroom full of boys and see no harm nor embarrassment about flashing our pads, ta
1 comment
Read more

January 23, 2019
by Mokgabo Maletswa and Natacha Martins Teaching a kid about consent has nothing to do with teaching them about sex. It’s about respecting boundaries. We believe parents can start educating children about consent and empowerment as early as 1 year old and continuing into the university years. It is our sincere hope that this post can help us raise empowered young adults who have empathy for others and a clear understanding of healthy consent.  To teach a child about the concept of consent and what consent entails, one must consider what is meant by the phenomena termed ‘consent’. So, what is consent really? What does consent involve? What should we be aware of when bearing in mind such a concept? In general terms, consent is a matter of an individual granting someone or something permission for a particular event to take place. It is the achievement of willful acknowledgment, sexual acceptance and eventually permission (expressly stated) by
Post a Comment
Read more

January 02, 2019
The New Year is here which means it is time for you and your family to set resolutions. You probably think, why does my child need resolutions ?  When it comes to children, achieving goals or resolutions can play a critical role in developing healthy self-esteem and confidence. Start by explaining to your child first what a resolution means, and give examples of ones you have set in past years.  Just keep in mind that resolutions should always be discussed in a positive way with children. For example: Saying "I'm going to do this..." instead of "I'm going to stop doing this."  If your child suggests well-intentioned but vague ideas like "Be a better friend" or "Be healthier," try to help them filter those ideas into tangible actions that can be done every day, either by themselves or together as a family.  Try using the SMART method with setting resolutions: S = Specific Let's say your child wants to get better grad
Post a Comment
Read more